Join in for a week of Ashtanga Yoga!

Practice in Mysore-style and led classes, complemented by afternoon workshops.
We will start our week of Ashtanga yoga with a led primary series class with the traditional Sanskrit count as taught by R. Sharath Jois. This is then followed by 5 mornings of individually guided and assisted self practice, also referred to as Mysore style. This allows each student to explore the practice of Ashtanga yoga in depth according to their level of experience with verbal and physical guidance from the teacher.

The afternoon workshop classes offered every day of the retreat we will explore both practical techniques and philosophical aspects practice of Ashtanga yoga as a process in self discovery and sustainable practice.

Our afternoons will include breath work, asana and vinyasa technique and some asana play-time. We will dedicate time to discuss how to work with fluctuation of motivation as well as integrating yogic principles to the daily life. The week is an open space for developing a sense of the Ashtanga yoga  practice as essential ritual of self-care of the body and mind.

This retreat is appropriate for all levels.

Mornings: Practice from 6:30 to 10 am (led primary series class and Mysore)

Afternoon sessions: we will cover a variety of topics, from exploring Asana, Pranayama techniques and find time for questions.

Vegan full board is included.

All about the location

Tramuntana Flow is a retreat centre that brings together the best yoga facilities and beautiful accommodations in a peaceful environment that helps to restore the mind-body-soul balance through yoga, meditation and nutrition. Tramuntana Flow owes its name to the magnificent mountain range in Mallorca, the spectacular views of which can be contemplated from the entire property. Located in the beautiful village of Sa Cabaneta in Mallorca, only 15 min from Palma, Tramuntana Flow consists of several outbuildings on an 8000 sqm parcel of land. The property is in the old part of the village. The front garden invites you into the peacefulness of the centre.

Tramuntana Flow is a beautiful place of peace that offers you simplicity and comfort. The Zen inspired decoration reflects balance and harmony. Natural colours and soft tones induce relaxation and calmness.

The yoga shala is equipped with all necessary props: mats, blocks, straps, blankets and bolsters. The spacious room is flooded with natural light and the 3 big window-doors offer the magnificent views of the valley and mountains. The sound of birds and nature are the background music in savasana. The 300 sqm open-air yoga terrace has astonishing views to the mountains and valley, where orange, lemon, almond and fig trees thrive and a wide variety of local herbs and aromatic bushes entwine themselves along the paths and gardens. It is the perfect space to practice in the fresh air.

The gardens offer a wonderful space to relax and read under the shade of palm trees and guests are welcome to use the large rectangular swimming pool. There are sun beds around the pool with additional seating under a wooden canopy with picnic tables. The property also offers several meditation areas, including orange tree orchards and a campfire. 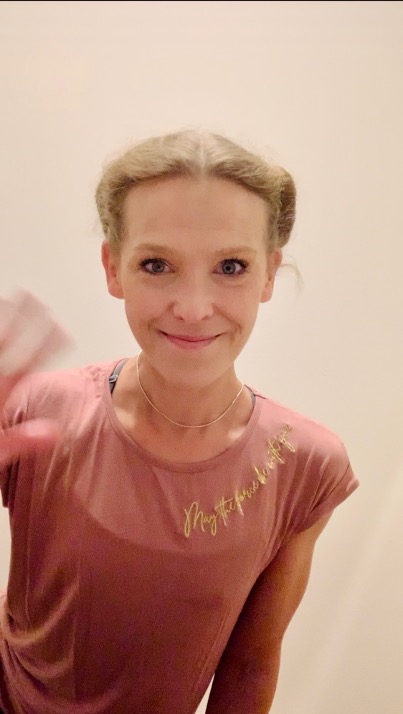 – Drive to the retreat location

HOW TO GET TO THE RETREAT LOCATION:


Tramuntana Flow is located 15 mins from Palma best reached by car. We recommend to take a rental car or private taxi. The rate for transportation is not included but we are happy to arrange transfer or car rental. Please see optional bookings at check out for details.

As we are still awaiting final pricing from our cooperation partners in Mallorca, we are not yet able to calculate retreat rates. Booking options coming soon. 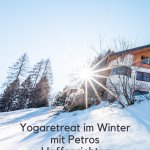 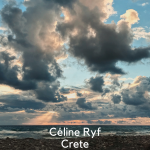 Jivamukti Yoga Retreat with Céline Ryf in Crete Next